«You said «We know too well that our freedom is incomplete without the freedom of the Palestinians». 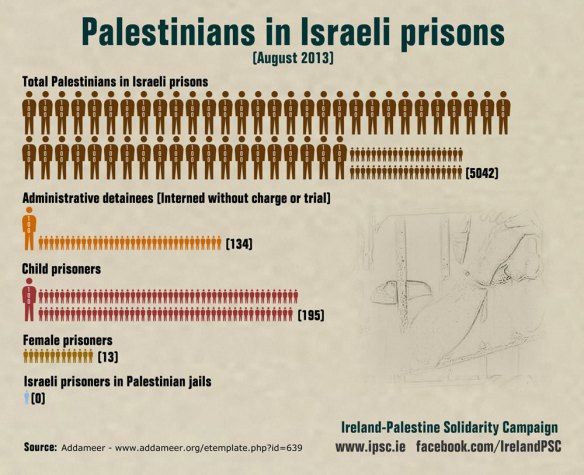 Marwan Barghouti to Nelson Mandela: «Our freedom seems possible because you reached yours»

During the long years of my own struggle, I had the occasion to think many times of you, dear Nelson Mandela. Even more since my arrest in 2002. I think of a man who spent 27 years in a prison cell, only to demonstrate that freedom was within him before becoming a reality his people could enjoy. I think of his capacity to defy oppression and apartheid, but also to defy hatred and to choose justice over vengeance.

«You are much more than an inspiration. You must have known, the day you came out of prison, that you were not only writing history, but contributing to the triumph of light over darkness, and yet you remained humble. And you carried a promise far beyond the limits of your countries’ borders, a promise that oppression and injustice will be vanquished, paving the way to freedom and peace. In my prison cell, I remind myself daily of this quest, and all sacrifices become bearable by the sole prospect that one day the Palestinian people will also be able to enjoy freedom, return and independence, and this land will finally enjoy peace.

«You became an icon to allow your cause to shine and to impose itself on the international stage. Universality to counter isolation. You became a symbol around which all those who believe in the universal values that found your struggle could rally, mobilise and act. Unity is the law of victory for oppressed people. The tiny cell and the hours of forced labor, the solitude and the darkness, did not prevent you from seeing the horizon and sharing your vision. Your country has become a lighthouse and we, as Palestinians, are setting sails to reach its shores.

«You said «We know too well that our freedom is incomplete without the freedom of the Palestinians». And from within my prison cell, I tell you our freedom seems possible because you reached yours. Apartheid did not prevail in South Africa, and Apartheid shall not prevail in Palestine. We had the great privilege to welcome in Palestine a few months ago, your comrade and companion in struggle Ahmed Kathrada, who launched, following this visit, the International Campaign for the freedom of Palestinian prisoners from your own cell, where an important part of universal history was shaped, demonstrating that the ties between our struggles are everlasting.

«Your capacity to be a unifying figure, and to lead from within the prison cell, and to be entrusted with the future of your people while being deprived of your ability to choose your own, are the marks of a great and exceptional leader and of a truly historical figure. I salute the freedom fighter and the peace negotiator and maker, the military commander and the inspirer of peaceful resistance, the relentless militant and the statesman.

«You have dedicated your life to ensure freedom and dignity, justice and reconciliation, peace and coexistence can prevail. Many now honour your struggle in their speeches. In Palestine, we promise to pursue the quest for our common values, and to honour your struggle not only through words, but by dedicating our lives to the same goals. Freedom dear Madiba, shall prevail, and you contributed tremendously in making this belief a certainty. Rest in Peace, and may God bless your unconquerable soul.» 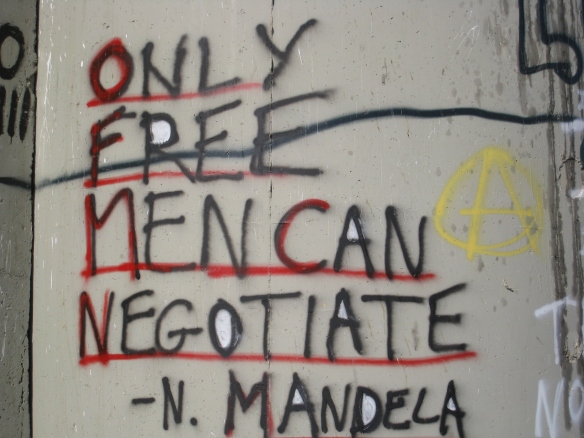